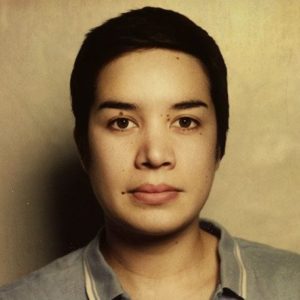 Clare O’Kane (Viceland) joins the ladies to discuss Plan B, Thanksgiving, Pitch Perfect 2, Annie, singing from your pussy and more!

Clare O’Kane is an actress, comedian and writer from San Jose, California. She has performed in the Edinburgh Fringe Festival, Bridgetown Comedy Festival, SF Sketchfest, Outside Lands and other festivals around the country. She has been described as “sarcastic” and “half-Asian”. Clare has written for Spongebob Squarepants, appeared on Viceland, and is also one-third of the sketch group Blessed. They have made a couple of very funny videos, none of which have gone viral. When she’s not sneezing, Clare travels around the country to perform stand-up comedy and “seize the day or whatever”. She currently lives in Brooklyn, NY.