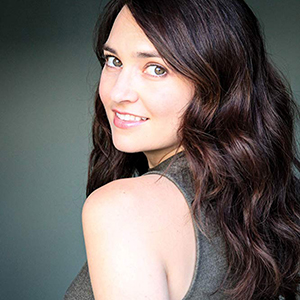 Bearing Down – With Kara Luiz and Robert Buscemi – Episode 35

Kara Luiz joins the ladies to discuss accents, Britney, dog adopting, weed gifting, bike seats, sneaking into hotels and more! Then, the ladies are joined by their mailman Robert Buscemi who tells the ladies about freegans.

Kara Luiz is an actress, improviser, host and writer.Currently, you can see Kara in a national commercial for RAM, or as the lead in the horror-comedy feature film, THE NIGHT WATCHMEN streaming on AMAZON. In person, you can catch her monthly at UCB with her improv team SOME KINDA MONSTER and in the future in STRANGE ANGEL on CBS.Kara is a graduate of THE GROUNDLINGS and UPRIGHT CITIZENS BRIGADE and regularly performs at UCB and within the independent improv community. Her television credits include THE BIG BANG THEORY, CRIMINAL MINDS, HYPERLINKED and BETAS, including series regulars on MTV’s JERKS WITH CAMERAS and DISASTER DATE. Kara has appeared in many commercials for brands such as DOS EQUIS, CONVERSE, JEEP, SPRINT, GENERAL ELECTRIC, RAM, DISH NETWORK and NEATO ROBOTICS among others. In the digital space, Kara has worked with FUNNYORDIE, DISNEY, REFINERY29 and most recently AWESTRUCK as a “comedic personality” on the series MOM TESTED.