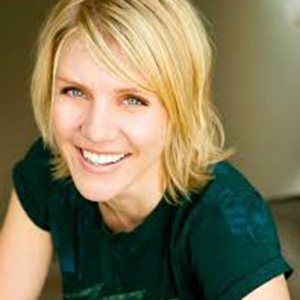 Marianne Sierk joins the ladies to discuss getting to know the Taco Bell guy, John Waters, customer service and more! Then Barb’s Dad aka Tom Sibley drops by to talk about the sights to see in LA.

Originally from Rochester, NY, Marianne graduated from Syracuse University with a drama degree and moved to NYC hoping to put it to use. She did right away by pretending to have waitressing experience and was hired at a breakfast diner where she worked for several years before moving on to a fancy martini bar. But enough about her acting career!

A few months after moving to NY, she saw her first stand up comedy show at Stand Up NY on the Upper West Side of Manhattan and was instantly hooked. The next day she performed at their open mic and decided this was going to be her new focus.

The owner of the club signed her on as a regular performer there and managed her career for the next few years. She emceed at Stand Up NY on the weekends along with performing on shows at laundromats, bars, coffee shops and clubs. She caught the attention of producers at VH1 who booked her to do commentary on their popular “I Love the 80’s” series which led to many, many more VH1 “talking head” style shows as well as countless shows at colleges across the country.

After doing some small commercials and continuing to do stand up she decided the sunny hills of California would be better suited to her talents so she packed her bags, bought her mother’s car (it was a sweet deal) and drove cross country to Los Angeles. There she booked her first appearance on Comedy Central’s “Live at Gotham” as well as the BBC’s “The World Stands Up”, more VH1 talking head shows and Tru TV’s “World’s Dumbest”. She hosted 4 episodes of Comedy.TV and was a guest on Byron Allen’s “Comics Unleashed” 4 times. She was the co-host of a morning radio show on Radio 95.1 for 4 years, is happily married and is thrilled to now be a mother! Stay tuned for more exciting newsssss!!!!