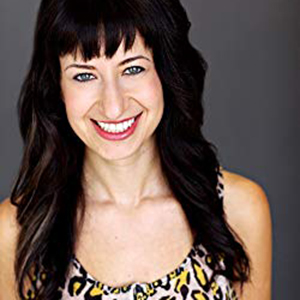 Sofiya Alexandra joins the ladies to discuss 7-11 Salads, flavored liquor, homeless ettiquette, Idris Elba and more! Then, the ladies are joined by McKrueger aka Zach Ames who tells the ladies how to invest in their futures.

Sofiya is a writer and comedian who grew up in Odessa, Ukraine, and moved to Los Angeles at the age of 11. You might have seen her on Comedy Central’s This Is Not Happening talking about her grandpa’s dick surgery while using some colorful Russian. Currently Sofiya’s a writer on Amazon’s Danger & Eggs, which was nominated for a Critic’s Choice Award for Best Animated Series. She’s been featured as a standup at Limestone, Laughing Skull, Women in Comedy, 208, Bird City, Hell Yes, Out of Bounds, Laugh Your Asheville Off and Cinder Block Comedy Festivals.

Sofiya was named one of The Fifty Funniest Women on Twitter by Playboy and one of 18 Funny Women You Should Be Following on Twitter by Huffington Post. Her tweets regularly appear on Mandatory, Buzzfeed, Splitsider, Funny or Die, and HuffPo.

She produces a hit mystery-lineup variety show called SURPRISE!, which has been featured in LAist, LA Weekly, The Los Angeles Review of Books, OneThingLA, and WeLikeLA. She also beat breast cancer but if cancer is listening THIS IS NOT A CHALLENGE.