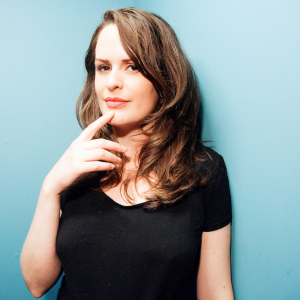 This week, Amber Nelson (@AmberSmelson) joins the ladies to talk about rising signs, crow gangs in her neighborhood, and her favorite fast food comforts. The ladies also discuss plague movies, kissing strangers, and Tess shares a Starbucks hack. They answer a lady problem from a listener who got pregnant during quarantine and a) doesn’t want people to be rude to her and b) wants to do an alternative Halloween baby shower.

Get a better night’s sleep with Purple Mattress! Go to Purple.com/LADY and use promo code LADY to get $150 off of any mattress order of $1500 or more.

Amber Nelson is a New York based comedian who performs stand up, sketch, and improv at UCB and throughout. She has appeared in Mash Up on Comedy Central, as well as the New York Television Festival in From Adam. She is currently on the maude team- The Prom, and has previously performed with Thunder Gulch, Neighbor Boy, and Gorilla Gorilla. She hosts the UCB East stand up show Late Night Stand with Rob Stern, where they previously hosted Gutbucket. She is also a part of Eric Drysdale’s The Man With F.E.E.E.T. and has performed the piece in Los Angeles and New York. She is typing this on her couch at the moment, and thinking of making a snack.