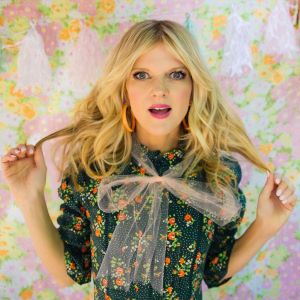 Arden Myrin (@ardenmyrin) chats with the ladies about growing up in cold climates, watching anxiety inducing tv shows and Arden gives a two minute pitch on The Bachelor. They also talk about celebrity impersonators, Babs gives an update on her couch saga and they talk about Arden’s memoir Little Miss Little Compton. They answer two lady problems about liking a guy with a girlfriend and breaking up with your hairdresser.

Actress and comedian Arden Myrin became a new cast member on Showtime’s Shameless Season 7, and recently appeared in the world premiere of Steve Martin’s new play Meteor Shower.  As a comedian Arden tours across the country and co-hosts a comedy show in Los Angeles called The Tinkle Twins at Meltdown Comics with Dana Gould. Arden appeared on Chelsea Lately over 100 times, and is a regular panelist on @Midnight. She was a cast member of MadTV for the final four seasons, and is the host of the Nerdist podcast Will You Accept This Rose? about The Bachelor/The Bachelorette franchise.