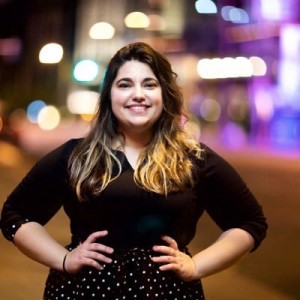 Carmen Morales (@TheFunnyCarmen) stops by the pod to talk about things she doesn’t like, foot fetishes, and her MySpace Top 8. The ladies also discuss Tess’s upcoming “rugged backpacking” trip, being assholes as kids, and whether Tom from MySpace is better than Mark Zuckerberg (spoiler alert: he is). They answer a lady problem from a listener who’s in a committed relationship with a man who refuses to use “boyfriend” and “girlfriend” labels.

Join us over at Patreon.com/LadytoLady for ad-free episodes, weekly Top Secret Sessions, and more!

Start working on healthier habits with Noom! Sign up for your free trial today at www.Noom.com/LADY

Interested in knowing more about your fertility? Go to ModernFertility.com/LADY to take a fertility quiz and get $20 off of a fertility test.

Carmen Morales has a captivating style which incorporates opinionated quick wit and outlandish characters. Taking from family, friends and people from everyday encounters she transforms into these characters seamlessly, then adds hilarious commentary which leaves the audience doubled over in laughter. With a perfect combination of like-ability and vulnerability she has been well received by audiences internationally. She’s been seen on two seasons of the tv show “Laughs” on Fox and heard on Sirius XM radio in the U.S. and Canada. She’s also been featured in Gilda’s LaughFest Comedy Festival, the World Series of Comedy, Scruffy City Comedy Festival, Women of Comedy Festival, in the New York Times and has produced her own traveling comedy show, The ‘Not Your Average Broads of Comedy’ as well as performed in comedy clubs, colleges, strip malls, indie shows, dive bars, towns no one has ever heard of and military bases across the country.