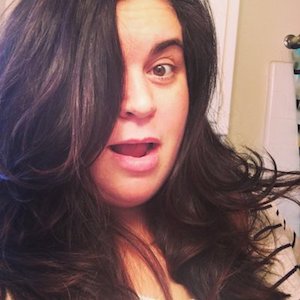 Coug’n Out – With Debra DiGiovanni – Episode 172

Her comedy career began with the help of Humber College’s inaugural year of their Comedy Writing and Performance course, in 2000 and has since been nominated for the coveted Tim Sims Comedy Encouragement Award in 2002. In the same year she won the Canadian Comedy Award for the Best Stand-up Newcomer in Stand Up. In 2003, NOW magazine named her headline show as the 3rd Best of the Year. She taped her Comedy Now Special for CTV in the summer of 2004 and in 2005 was nominated for Best Female Stand up. 2005 was her first appearance Just For Laughs Festival where she was invited on a cross Canada tour opening for Russell Peters.

Presently, she is a sought after headliner and accomplished voice performer. Debra can also be heard on CBC radio on The Debaters as well as being a favourite judge on the popular MuchMusic show Video on Trial and its spinoff Stars on Trial.

She appeared in the fifth season of Last Comic Standing. By winning an audition in Montreal, she was selected to participate in a semifinal qualifying round in Hollywood, making it to the top 10 finalist. She participated in the show until she was eliminated and placed 8th.

She hosted the 2007 Canadian New Media Awards and the 2007 Canadian Comedy Awards in 2007, she also won the Best Female Comedian at the Canadian Comedy Awards. In July 2008 she appeared on eTalk, interviewing contestants on the sixth season of Canadian Idol. She also hosted the Genie Awards alongside Sandra Oh and also hosted one night of the Gemini Awards in 2008. She recently completed two seasons of the Slice network’s Plastic Makes Perfect. She is currently making regular appearances on The Comedy Network 2012 version Match Game.