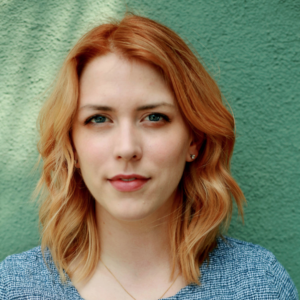 Emily Fleming joins the ladies and they discuss their recent sober dance party experience, how to wax yourself, and all the legal ways you can actually get a DUI.

Emily Fleming is an actress and comedian originally from Nashville and currently living in Los Angeles. She recently worked as a writer for Comedy Central’s hit show @midnight. Emily began doing public speaking competitions, musical theatre, and improv in high school before majoring in theatre at Lyon College in Arkansas. During summers, she interned for theaters in New York City, including Upright Citizens Brigade Theater and The Mint Theater.

After college, Emily returned home to Nashville. For the next three years she dedicated her focus to stand up comedy. She has opened and featured for comics such as Sean Patton, Rory Scovel, and Cletus T. Judd. In 2011 Emily made her way to NYC where she continues to do stand up in venues like The Stand, The Creek and the Cave, Upright Citizens Brigade, Stand Up NY Labs, The Magnet Theater, The PIT, and many others.

In 2012 she was cast as the host of Gillette’s “Kiss and Tell” viral commercial campaign, which led to her representing Gillette at the Sundance Film Festival. She has booked commercials for USA Today, Nickelodeon, and Assured Guarantee to name a few. She appeared on episodes of ABC’s “Manhattan Love Story,” Netflix’s hit “Unbreakable Kimmy Schmidt,” and the NBC Playground competition entry “Broker.” She can also be seen in Netflix’s sketch series “The Characters.”