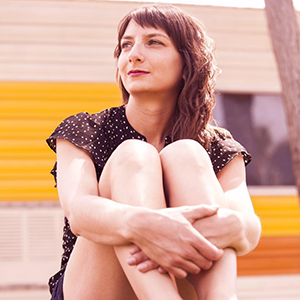 Erin Lampart joins the ladies to discuss how to “feel” rich, what animals they look like, staying hydrated, legal office drama and more!

Erin Lampart is a spicy firecracker whose unique mix of dark honesty and goofball physicality has quickly become a favorite in the Los Angeles comedy scene. As a graduate of the Second City Hollywood Conservatory and Long Form programs, she became a member of the first House Sketch Bench team in 2009, and today her stand-up comedy can be seen regularly in clubs, backyards, and dive bars all over L.A. and beyond. Erin is a co-producer and host of the long-running weekly stand-up show/pizza party, SAUCE, and she can frequently be found sharing her teenage shame for the “cultural phenomenon” that is Mortified, including sold-out runs in San Francisco and Portland. She’s done some cool stuff like opening for touring musician Marco Benevento on his West coast tour, and you can hear her alter-ego “Future Erin Lampart” spittin’ truths, as featured on the Lady to Lady Christmas Album. Erin was a shy but sassy East coast kid who watched a lot of TV, and would like to thank Bugs Bunny and Jack Tripper for shaping her into the well-rounded dork she is today. She makes a mean meatball, and would love to bake you a ziti sometime.