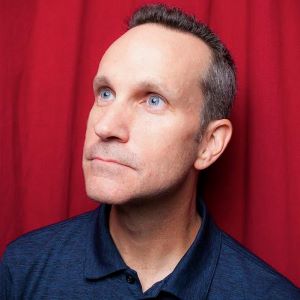 What Would Tom Hanks Do? – with Jimmy Pardo – Episode 380

Jimmy Pardo (@JimmyPardo, Never Not Funny Podcast) joins the ladies this week to talk about his love of (the restaurant) BJ’s Brewhouse, which version of Cher he would be, and his newfound cooking skills. The ladies also discuss modern day rickrolling, Tess’ fear of conventions, and meeting celebrities. They answer a lady problem from a listener who snooped on their husband’s phone and found them texting a crush.

Get a better night’s sleep with Purple Mattress! Go to Purple.com/LADY and use promo code LADY to get $150 off of any mattress order of $1500 or more.

A seasoned veteran of comedy clubs and late night television, Jimmy Pardo has appeared on such shows as The Tonight Show, Conan, The Late Late Show and his own half hour special on Comedy Central. Most recently he was the host of the critically acclaimed Science Channel show Race To Escape. Jimmy regularly appears on TBS’ Conan as a panel guest, but he has also been Conan’s go-to warm-up, field correspondent, sketch player and even fill-in cohost. He has also conducted some very unconventional celebrity backstage interviews for Teamcoco.com‘s “The Pardo Patrol.”

In 2006, Jimmy Pardo became a podcasting pioneer when he began hosting the raucous-but-smart weekly podcast Never Not Funny, which Entertainment Weekly called “one of the sharpest and gut-bustingest shows on the Internet.” The show has been named a top comedy podcast by The AV Club, Esquire, GQ and USA Today, and its guest list (Conan O’Brien, Jon Hamm, Richard Lewis, Zach Galifianakis and Sarah Silverman, just to name a few) reads like a Who’s Who of Hollywood.