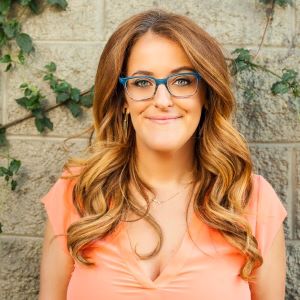 Kara Klenk (@KaraKlenk) joins the ladies to discuss the aftermath of the election, Magic Mike Live, and her new podcast “That’s Messed Up” on Exactly Right. The ladies also discuss drive-in movies, orange juice, and reality TV. They answer a lady problem from a listener who’s looking for advice on officiating a wedding next year.

Upgrade your bedroom with the Bed by Thuma! For a limited time, get free shipping on your order by going to Thuma.co/LADY.

Get high-quality meats delivered to your doorstep with Butcher Box! Get a turkey FREE in your first box when you go to ButcherBox.com/L2L or use code “L2L” at checkout.

Get something special for your loved ones during the holidays with CrateJoy! Browse their selection of subscription boxes to give as a gift or for yourself. Get 30% off of your first box and early access to all of CrateJoy’s holiday specials by going to CrateJoy.com/LADY.

Kara Klenk is a stand up comic, writer, and actor who grew up in Connecticut, currently lives in Los Angeles, and started her comedy career in New York City. She was named by Time Out New York as one of the Top 10 Funniest Women in NYC.

Kara has appeared on Netflix, Comedy Central, Nickelodeon, Oxygen, Hulu and more. She has written for Netflix, Nickelodeon, MTV, TVLand, and Comedy Central and most recently for RuPaul’s Drag Race on VH1. Her debut album, Undefeated was released in 2019 and went to #1 (briefly) on the comedy charts. She also produces/hosts a long-running stand up show, If You Build It, at the Upright Citizen’s Brigade Theater in New York as well as Better Half Comedy in Los Angeles.