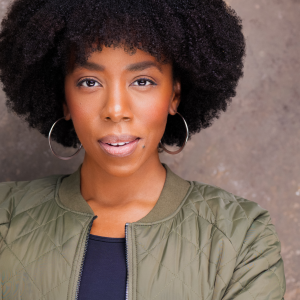 Kristal Adams (@thedarkkristal) joins the ladies to talk about NY Comic Con, Kristal’s comic book company and the importance of supporting independent artists. They also talk about going down TikTok rabbit holes, they play That’s So Random, answer two lady problems about getting married without telling your mom and dealing with hormonal acne!

Kristal Adams is a standup comedian and writer living in Los Angeles. Was recently named one of 7 Black Female Comics to See Before they Blow Up by Madame Noire Magazine. She’s been a Consulting Producer for Legomasters and Netflix’s The Circle. She has appeared in Season 2 of Laugh After Dark on Amazon Prime Video, JFL’s Straight Up, Stand Up series, Vidcon, SF Sketchfest and most recently won Best of Fest at the 2019 Big Pine Comedy Festival. She’s been featured on Whohaha as part of their first ever Comedian Callout. In September 2019 she was named Comic of the Week by the Jackie & Laurie Podcast.