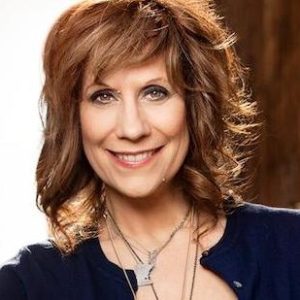 Lizz Winstead — Creator of “The Daily Show, writer, comic and co-founder of Lady Parts Justice, joins the ladies to discuss the kind of people who wear beanies to the gym, how creepy Amazon’s Alexa is, the importance of the upcoming women’s march, #Metoo, and organizing to create change.

As a co-creator and former head writer of Comedy Central’s “The Daily Show,” and Co-founder of Air America Radio; Lizz Winstead has emerged as a critically acclaimed political writer and producer. As a performer, Winstead brought her political wit to “The Daily Show” as a Correspondent and later to the radio waves co-hosting “Unfiltered,” Air America Radio’s mid morning show with citizen of the world and Hip Hop legend Chuck D, and political big brain Rachel Maddow.

Lizz’ comedic talents have been recognized in Entertainment Weekly’s 100 most Creative People issue and she was nominated Best Female Club Performer by The American Comedy Awards and has appeared numerous times on television including HBO’s “Women of the Night”, “The US Comedy Arts Festival” in Aspen, “Comedy Central Presents..” and too many basic cable stand-up shows and VH-1 “50 Greatest This” and “100 Greatest That’s” to mention….

Lizz is writing, producing and staring in “Wake Up World” an Off Broadway and web show in NYC that satirizes all of our beloved morning shows. Winstead continues touring the country doing stand-up and is a regular contributor on “The Ed Show” on MSNBC.