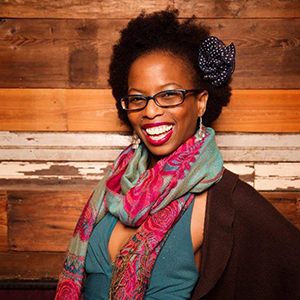 Maggie Maye joins the ladies to discuss how to start a date conversation, celebrities grocery shopping, coffee and weed, and more!

Maggie Maye loves candy almost as much as she also loves performing comedy. She made her late night debut on Conan and was featured on Last Call with Carson Daly and AXS TV presents: Gotham Comedy Live. She has also been a featured panelist for Rooster Teeth “What Do You Know?” and has written for the New Yorker. Maggie has performed stand up in festivals such as Bridgetown Comedy Festival, San Francisco Sketchfest (as one of the Sketchfest Dozen), FunFunFun Fest, Moontower Comedy & Oddity Festival, SXSW, and the All Jane Comedy Festival. She’s opened for Hannibal Burress, Paul Rodriguez, Gladys Knight, and Earth, Wind and Fire. She’s had her name in comedy articles in the Huffington Post, Variety, LaughSpin, the New York Times, Splitsider, who named her among the 2015 top up-and-coming comics and an “On the Verge” comedian, the Austin American Statesman, who named her as one of 2015’s People to Watch, and the Austin Chronicle, who named her 2016’s Best of Austin Stand up Comic. She performed improv comedy with her troupe Damn, Gina! and in various sketch and improv shows around Austin before moving to Los Angeles. Her comedy is described in the same way she is: sassy, charming, and smart. Also, a 6-year-old once told her she was the funniest person ever. And kids rarely lie.