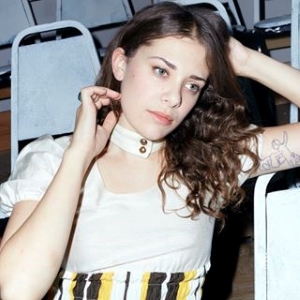 Nina Tarr (@PizzaParty69) joins the ladies to dish on the illuminati, what it’s like to be in a pyramid scheme, and her favorite hacks for not getting sick. The ladies also discuss IV drips for hangovers, wanting to fuck Crispin Glover, and the joys of going bra-less.

Join us over on Patreon.com/LadytoLady to hear this week’s Top Secret Session: an embarrassing family story from Barbara.

Get natural deodorant without any harmful additives by ordering from Native! Get 20% off of your first purchase by going to NativeDeodorant.com and using promo code LADY at checkout.

Get high quality clothing for a fraction of the price with Everlane. Head over to view our personal collection at Everlane.com/LADY and get free shipping on your first order.

Get your perfect-fitting bra with Third Love! To get 15% off of your first order, go to ThirdLove.com/LADY

Nina Tarr is a Persian-American stand up, actor, writer, and producer, from Southern California. She was recently honored as a New Face of Comedy at Just For Laughs. She is a featured story teller on Viceland’s PARTY LEGENDS. She is a TV writer on MOSTLY 4 MILLENNIALS on ADULT SWIM. Nina’s also written and starred in popular videos for BUZZFEED. She played a co-starring role in the DOPE STATE for Starburns Industries and played a lead role in the short film, CAR STEALERS. She recurred on MTV’s HIGH CRIMES and starred as herself in the MTV pilot, FLICKERLAB. Before that, she played the lead role of Veronica in the indie feature RED RAINCOATS. She also just wrapped production playing a lead role on her second feature comedy, ADVENTURES IN SUCCESS. In 2017 she performed standup on a 6 week US and Canada tour featuring for experimental pop musician, Ariel Pink.