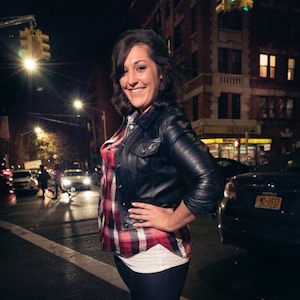 Comic Reena Calm from Chicago is in town to chat with the ladies about life on the road. They talk merch tips, and Reena recounts a particularly obnoxious comment from a random dude after a show, and they all discuss the ways having shrooms in your house is like “Chekov’s Gun.” Plus — Reena tells the ladies about how she recently fell in love while tripping.

Reena Calm is an East Coast Jew turned Chicago favorite, and one of the most respected and requested comedians in the Midwest. Pulling from a lifetime of questionable choices, Reena’s material is autobiographical, silly, and charmingly inappropriate. Reena is a featured regular at the Laugh Factory and performs all over the country. She loves a good fest! Some of the best were Accidental Comedy Festival, Birmingham Comedy Festival, Milwaukee Comedy Festival, Let’s Fest, Burning Bridges Festival, Turnbuckle Fest(HL), The Comedy Exposition, Flyover Comedy Invasion(HL), MMJ Festival (HL), Limestone Comedy Festival, RiOT LA, Gilda’s LaughFest – Best of the Midwest, and Just For Laughs Chicago. She has opened for Arsenio Hall, Laurie Kilmartin, and Eddie Pepitone to name a few. Reena has been a frequent guest on WGN and WBEZ radio and recently made her television debut on WCIU’s One Night Stand Up. She was named Comic of The Week on The Jackie & Laurie Show, she’s been called “also terrific” by the Chicago Tribune, and “not a disappointment” by her mother.