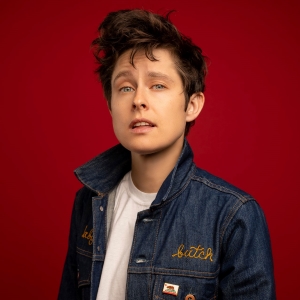 Rhea Butcher (@RheaButcher) joins the ladies this week to talk about being a hoarder, their MySpace days, and their baseball podcast Three Swings. The ladies also talk about weird flight habits, the Thong song’s 20th anniversary, and that gross hot dog waffle thing circulating on Twitter. They answer two ladies problems: one from a listener whose terminally ill family member wants to leave her husband, and one from a listener who doesn’t know how to support her lost boyfriend.

Support the podcast over at Patreon.com/LadytoLady and get access to Barbara’s super sweet travel hacks on this week’s Top Secret Session!

Lady to Lady is headed to Boise, Idaho March 7 & 8! Head over to https://ladytoladycomedy.com/see-us-on-tour/ to learn more and get your tickets!

Get high-quality meats delivered to your doorstep with Butcher Box! Get 2 pounds of ground beef FREE in every box for the length of your subscription and $20 off of your first box when you go to ButcherBox.com/L2L or use code “L2L” at checkout.

Rhea Butcher is a Los Angeles-based standup comic, actor and writer, who was named one of Variety’s Top Ten Comics to Watch in 2017 and recently wrote on the Amazon series, “A League of their Own.” Originally from the Midwest, Rhea grew up skateboarding the mean streets of Akron, Ohio. Their blue collar brand of cool has endeared them to audiences nationwide, as they continuously perform standup and appear on television shows such as The Meltdown with Jonah and Kumail, @Midnight, Conan, and 2 Dope Queens.

Rhea co-created and starred in the television series, “Take My Wife” which premiered as a critical hit and was reviewed by Vanity Fair, The New York Times, Vulture, IndieWire and countless other outlets, and their debut comedy album entitled “Butcher” reached the top of the comedy charts. Rhea is a recurring performer on the TruTv series “Adam Ruins Everything,” continues to host the popular live show and podcast, “Put Your Hands Together” and their new podcast, “Three Swings” takes an unconventional look at America’s pastime with radically sensible thoughts on baseball, history, culture, gender, race, MLB news, and forgotten chapters of baseball history.