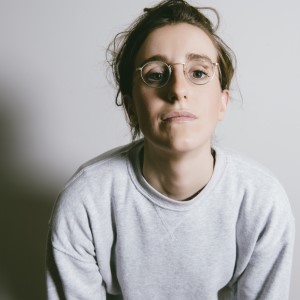 Robby Hoffman (@RobbyHoffman) joins the ladies to discuss her upcoming show, threesomes, and growing up orthodox jewish. They also chat about Tess’ recent viral tweet, astrology, and what Muppets match their personalities. They answer a lady problem from a listener who’s afraid she’s being an asshole at work.

Join us over at Patreon.com/LadytoLady to support the show and get access to bonus content! This week on the Top Secret Session, the ladies do a live reaction to the new Cats trailer.

Digitize your old photos and videos with Legacy Box! Head over to Legacybox.com/LADY for 60% off of your Black Friday and Cyber Monday orders.

Get 15% off your perfect-fitting bra with Third Love! Just head over to ThirdLove.com/LADY to redeem your discount.

In 2018 Robby was named one of Comedy Central’s UP NEXT comedians and on Conan O’Brien’s Comics to Watch list. She was a headliner for the New York Comedy Festival in 2018 and recorded her first one-hour TV special, I’m Nervous, at JFL42 in Toronto for Crave TV (2019).