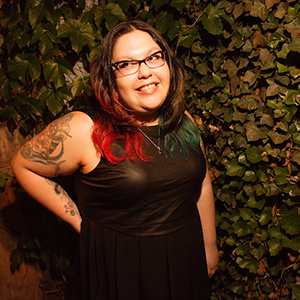 Sam Varela  joins the ladies to discuss Whole Foods, teeth talk, Smash Mouth, 90s stuff, missed connections, beards, myspace and more! Check out the show that Sam co-created with Brandie, Picture This! whenever it comes to your town!

She is currently producing and booking numerous shows in LA and NY and working in comedy PR at Michael O’Brien Entertainment.