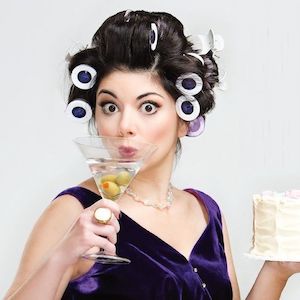 Tess Rafferty joins the ladies to discuss showering, Carrie Bradshaw, getting married by your therapist, a bachelorette party Tess (Barker) recently returned from at Chateau Marmot, Lunchables and more!

Tess Rafferty is an American writer, comedian, and actress. The author of the 2012 culinary memoir, Recipes for Disaster, Rafferty has written for television shows including @midnight, and networks such as MTV and Comedy Central. From 2005 until 2012, she was the supervising producer for The Soup and the show’s only female writer. She frequently appeared on The Soup as herself, Posh Spice, a Succubus, a “guidette” from Jersey Shore and The Dancing Maxi Pad.