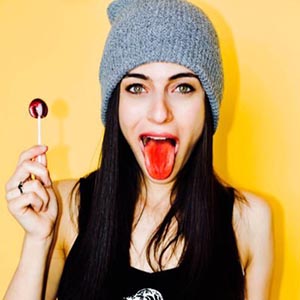 She has performed stand-up all over the country and gets on stage almost every night. She also co-wrote and produced The Preposterous Sessions, a sketch comedy podcast, where she created, wrote and voiced original characters in strange new worlds every week. She also regularly appears in other sketches and podcasts, and has written everything from commercials to promotional sketches to screenplays. A UCB improv student and storytelling graduate, she also performs on several storytelling shows.

She has also trained and worked extensively as an actor and musician. Having studied dramatic and comedic technique, she regularly does commercial, voiceover and acting work, and has written and performed in her own sketches. She also sings and plays guitar, bass and drums, and at 19 wrote and recorded a pop EP.

Zara continues to perform all over Los Angeles, and is always working on new comedy screenplays.