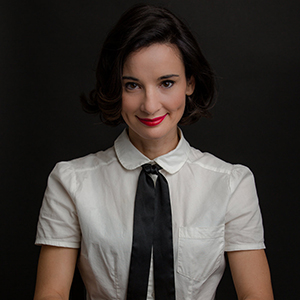 Stars: They’re Worse Than Us – With Alison Becker and Tony Sam – Episode 28

Alison Becker joins the ladies to discuss moo moos, medicinal food, having nerdy kids, pictures with celebrities, concerts with parents and more! Then, the ladies are joined by Snake Knife Tony Sam who may not be as tough as he sounds.

Alison Becker is a writer/comedian/actor/producer whom you’ve seen in countless shows over the years. She is perhaps best known for playing Shauna Malwae-Tweep, the longest running guest star on NBC’s “Parks and Recreation.”

Alison began her TV career as one of the improv pranksters on MTV’s hidden camera show “Boiling Points,” and her work has since spanned hundreds of television shows, movies, Internet videos, commercials, live comedy shows, and more. With one of the longest resumes in Hollywood, she has appeared on Showtime’s “Californication,” FX’s “The League,” HBO’s “The Newsroom” from Aaron Sorkin, “New Girl” on FOX, “Curb Your Enthusiasm,” “Kroll Show,” “Lucifer,” “Rules of Engagement,” two of the “Law and Order” series, and many, many more. She’s done sketches on “Conan” and “Colbert Report,” has been a contestant on “@Midnight” twice, and has appeared as a guest on the “Late, Late Show” on CBS five times. You may also know her as her cult classic character Xandra Dent from Adult Swim’s “Newsreaders.”

Alison has written for and appeared in Yahoo’s “Sketchy,” and she has starred in some of the most popular web series ever made, including “Dating Rules from My Future Self” with Shiri Appleby, College Humor’s Batman series with Pete Holmes, and ESPN’s “Mayne Street” with Kenny Mayne. Becker’s comedic talent has also been showcased in many classic videos from Above Average and Funny or Die, including playing opposite Will Ferrell as Ron Burgundy’s girlfriend.

You may remember her from her hosting days on Fuel TV’s “The Daily Habit,” several shows on Fuse, and as the VJ of the weekly “Top 20 Countdown” on Vh1. In addition, Alison has been hired as a celebrity host for prestigious live events, corporate and brand affairs, panels, award shows, and fundraisers.

She is also an impressive force as a content creator. Alison has produced pilots for TruTV and My Damn Channel, is currently developing three feature scripts, and just wrote, produced and starred in a film that is fast becoming a festival darling. Alison has been involved with the Upright Citizens Brigade theatre for over 15 years, and she has been a member of four house teams, both improv and sketch.

Her sketch comedy and character background has also helped her to become an accomplished voice actor. You can hear her in video games, commercials, and in several animated television shows and movies.