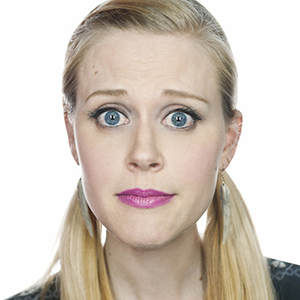 Janet Varney joins the ladies to discuss Dr Phil, Pet names, Malcolm Gladwell, cute babies based on race, Religious Fashion and more! Then, the ladies get a call from their Baby Eric Dadourian to wish them a Happy Mother’s Day.

Janet Varney was co-host of The Hollywood Show with Brian Unger, a recurring player on Norm Macdonald’s sketch show Back to Norm and an ensemble player on Crossballs, all for Comedy Central. She also starred in the short-lived FOX comedy Happy Hour. In 2007, Varney appeared in the short films Random Acts of Kindness, Die Hardly Working, Eternal Waters, Worldly Possession, The Losers, Keep Off Grass, and Dress For Success which were made during the reality show On the Lot. She has recently appeared as recurring character “Bev” for the web series Back on Topps with Randy and Jason Sklar. Starting in 2008, she began starring in the HBO television series Entourage, playing television producer Amy Miller who works alongside Eric and Charlie. Varney was also cast in a movie called Best Player, starring opposite Jerry Trainor and Jennette McCurdy.

As well as television, Varney acts as host on ESCAPE!, a web series broadcast on Geek & Sundry where teams of celebrities work together to get out of an escape room.[6]