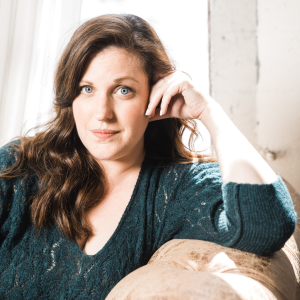 Allison Tolman (@allison_tolman) joins the ladies to talk about sleeping next to their phones, how not all little girls dreamt of their wedding day and Allison talks about acting in Fargo. Allison also talks about her time working in theater, they play Inside The Actor’s Studio, Allison’s cat Bud makes a cameo and they answer two lady problems about a a break up and asking work for a raise!

American actress Allison Tolman stars as smart, savvy police deputy Molly Solverson in the FX drama Fargo. She won a Critics’ Choice Award for her performance in this breakout role.

Tolman co-founded the Second Thought Theatre in Dallas and studied at Second City’s Conservatory Training Program in Chicago. Tolman performed with several sketch comedy groups throughout the Windy City and was part of the popular monthly podcast The City Life Supplement. The Baylor University graduate also starred as Tink in LOGO’s Sordid Lives: The Series.