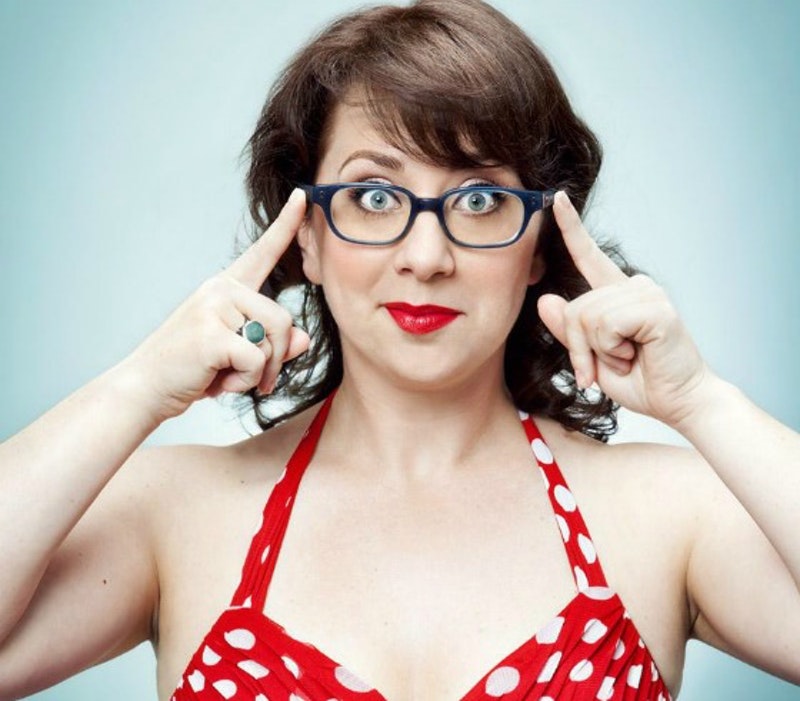 Amber Preston is a comedy seductress.  Recently named one of “5 Comedians to Watch” in New York Magazine her brassy charisma and keenly honed jokecraft leave audiences powerless not to fall head over heels.  From raucous roadhouses to the classiest clubs Preston’s saucy, mischievous charm captivates diehard and casual comedy fans alike. A proud native of Fargo, ND Preston’s early performance career consisted of hosting family talent shows and dancing in the aisles of the Hornbacher’s grocery store hoping to be discovered by Lawrence Welk.  Years of musical theater,  improv training, and short film work followed.  In 2004 she took the plunge into standup comedy and immediately started turning heads. Preston is a natural improviser whose comedy can be defined as much by the method of its creation as by its hilarious outcomes.  She brings her “piddly ideas”, those small grains of nascent humor, to the stage.  There she pokes, prods, and explores them, involving the audience in every step of the instinctive and spontaneous process until they emerge days, weeks, or months later as comedy pearls.  Add to this a laundry list of quirky obsessions (mustaches, Hall and Oates, Hall and Oates’ mustaches), and a genuine passion for connecting and having fun with her audience and you have a recipe for true comedy excellence.