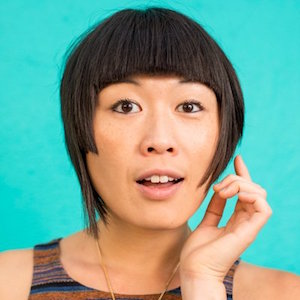 A deadpan enthusiast, Atsuko can often be found daydreaming of the days she used to just want to work at an ice cream parlor.  Atsuko’s comedy has been described by Margaret Cho as “a silent slow fart that fills up a room with laughter.”  She tours around the U.S. at colleges & universities as well as with Dis/orient/ed Comedy, the first ever all Asian, mostly female stand up comedy tour.  She uses her whimsical sense of humor to comment on social and political issues and can often be found video-ing dogs she’s fallen in love with.  When she’s not telling jokes on stage, she writes, produces, and acts in videos that have been featured on Elizabeth Banks’s digital platform, WhoHaha, Buzzfeed, and MOCATV.  She was most recently a Refinery 29 & TBS Riot Comedy Lab participant for her pilot, They Call Me Stacy.Oh, and look out for her in the upcoming second season of HBO’s Room 104.