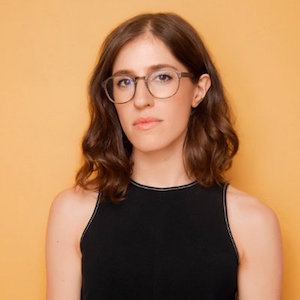 Emmy Blotnick is a very talented stand up, actress and writer based in New York. She has acted as the Head Writer for the Comedy Central series The President Show. Previously, she wrote for the Independent Spirit Awards with John Mulaney and Nick Kroll, the Comedy Central Roast of Robe Lowe, Not Safe with Nikki Glaser, @Midnight with Chris Hardwick.

As a stand up, she has been highlighted as one of Comedy Central’s Comics to Watch and TimeOut’s Women of Comedy. She has appeared in a number of festivals, including SF Sketchfest, The Eugene Mirman Comedy Festival, Riot LA, and the Kennedy Center’s District of Comedy Festival.