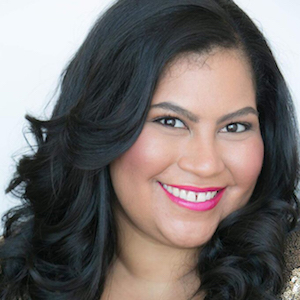 Best known for being the woman in a wheelchair, with no feet, who won a treadmill on The Price Is Right, Danielle appeared as guest on Jimmy Kimmel Live! for her hilarious reaction to winning the awkward prize. The Los Angeles native has created videos for BuzzFeed, appeared as a guest on The Elite Daily Show, and was recently profiled by Refinery 29. Danielle has opened for Maria Bamford and performed at comedy clubs and festivals across the country including Crom Comedy Festival, Cinder Block Comedy Festival, All Jane, and 10,000 Laughs. She can be heard on Cameron Esposito and Rhea Butcher’s comedy podcast Put Your Hands
Together and be seen in sketches for Nina Daniels, Nightpantz, and Blessed. Danielle is a founding member of Thigh Gap Comedy and produces GENTRIFICATION, a monthly comedy show in her hometown neighborhood of Highland Park. Danielle owns multiple bodycon sequin dresses in a plus size and believes brunch is a right, not a privilege.