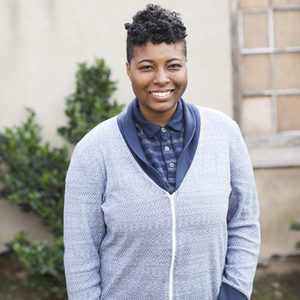 Brittani Nichols writer and star of Suicide Kale talks nut milks, 90’s kids drinks, Sunny D vs. Tang, a guy mansplains to Brandie about how to use her own jumper cables, and everyone vents about people who unsolicitedly help you to parallel park.

Brittani Nichols is a Los Angeles based comedian, writer, and actor. You might have seen her writing on the internet (Autostraddle, Jezebel, Huffington Post, Buzzfeed) or on television (Billy on the Street, Take My Wife, Drop the Mic) but if you haven’t, that’s ok. You’re busy. She’s currently writing for the second season of Facebook’s Strangers.

Brittani’s pilot, Words With Girls, premiered at HBO/BET’s Urbanworld Film Festival and is now available online at Color Creative TV. Brittani is a recurring character on Season 2 of Amazon’s Emmy-winning, Transparent and has two podcasts: Brand New Podcast and Hamilton the Podcast. Suicide Kale, her first feature, has won numerous awards including the Audience Award for First US Narrative Feature at Outfest and is now available VOD (Amazon, Vimeo, iTunes).