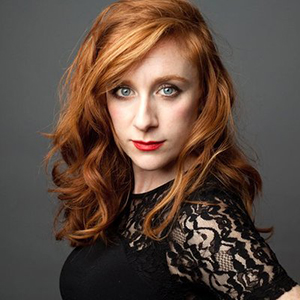 Daliya Karnofsky dating coach joins the ladies to discuss how to setup your dating profile. Barbara vents about her literal dating horror throwback from this Halloween and they figure out the best thing to mass text all the horrible ex’s in your life on NYE.

Daliya dispenses laughs and love advice as the co-creator, host and producer of the live show “All My Single Friends”, half comedy show, half live dating app in Los Angeles and NYC. Daliya has toured the world as a monologuist, standup comedian, dating coach for both on and offline daters, and relationship guru. She performs live and on the web in her original baking and love advice web series “And She Bakes.” An experiment in the perfection of imperfection, “And She Bakes” has garnered awards at festivals across the country. She has also performed off-Broadway and abroad with NYC theater companies Naked in a Fishbowl, New York Theatre Workshop, Witness Relocation, Red Bull Theater, Les Freres Corbusier, la mama e.t.c., and as a member of the T.S. Eliot US/UK Exchange with the Old Vic in London. Her training includes NYU Tisch School of the Arts, the New School for Drama, her mother’s kitchen, and her many “failed” relationships, though she believes that no opportunity for adventure should be considered a failure. Recent: “Simple Things” directed by Dan Schimpf of Red Hour Productions.