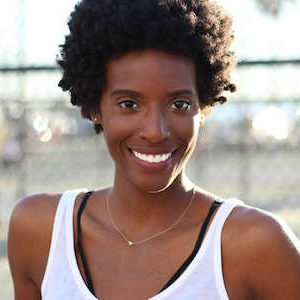 Zainab Johnson and the ladies dissect the art of flirting with cute doctors, secret weapon desserts, Tess decides to sneak in a another quick marathon, and they discuss the best way men can deal with the guilt they feel after they realize they previously harassed women still in their lives.

Zainab Johnson, a stand-up comedian and actress, is quickly being propelled as one of the most unique and engaging performers on stage and screen. Zainab’s comedy is based on her unique point-of-view, which was shaped growing up in Harlem as one of thirteen siblings in a Muslim family. After getting a degree in math and taking a job as a teacher, she quickly learned that she had a different calling. Zainab can most recently be seen in her breakout appearance on HBO’s All Def Comedy and has made appearances on NBC’s Last Comic Standing, Arsenio, BET’s Comic View, MTV’s Acting Out, AXSTV’s Gotham Comedy Live! and just recently starred in a new web series titled Avant-Guardians premiering November 19th. She is a regular at the Improv Comedy Club in LA and the Comedy Cellar in NY. Zainab has performed in the Montreal Just For Laughs Festival as one of the 2014 New Faces of Comedy and returned this year to appear on Kevin Hart’s LOL network tapings.