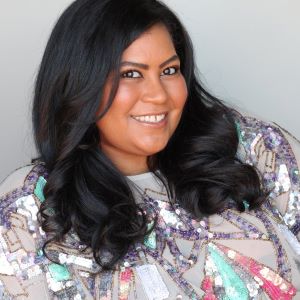 Danielle Perez (@divadelux) joins the ladies this week to talk about her reality TV obsession, how she’s coping with quarantine, and her podcast Wow Rude Pod. The ladies also discuss how likely they are to join a cult, seeing influencers in the wild, and Barbara’s NSYNC Chris Kirkpatrick cameo video. They answer a lady problem from a listener who’s thinking about changing careers in the middle of the pandemic.

Get access to ad-free episodes, bonus content, and exclusive merch by becoming a Patreon member! Join us over at Patreon.com/LadytoLady.

Get your perfect-fitting bra today! Go to ThirdLove.com/LADY for 15% off of your first bra.

Danielle Perez is a stand-up comedian, writer, and actress best known as the woman in a wheelchair, with no feet, who won a treadmill on The Price Is Right. She appeared as a guest on Jimmy Kimmel Live for her hilarious reaction to winning the awkward prize.

Before viral video fame, Danielle rolled onto the Los Angeles comedy scene and quickly established herself as a unique comedic voice with her bubbly stage presence and dark wit.

A 2018 StandUp NBC Semifinalist, Danielle has opened for Maria Bamford, Guy Branum, and Laurie Kilmartin. She has performed at comedy clubs and festivals across the country including Laughing Skull Comedy Festival, SF Sketchfest, Brooklyn Comedy Festival, and All Jane Comedy Festival.