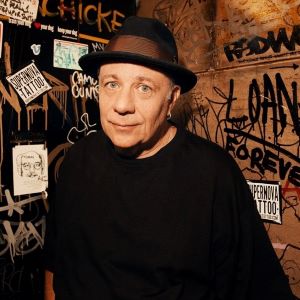 Eddie Pepitone (EddiePepitone.com) joins the ladies to talk about the comedy business, what building he would marry, and his new comedy special. They also discuss ant infestations, weird landlord issues, and which books they would fuck. They answer a lady problem from a listener who’s debating telling a stranger that their partner is cheating on them.

We need your lady problems! Email us at LadytoLadyComedy@gmail.com and we’ll do our best to solve your pandemic woes.

Want access to bonus episodes, weekly Top Secret Sessions, and more? Join us over at Patreon.com/LadytoLady to support the show and learn more.

Hydrate yourself this summer with Liquid IV! Ge

t 25% off your order by going to LiquidIV.com and using code L2L at checkout.

Rothy’s has cute and stylish everyday shoes and bags made from recycled water bottles. Head over to Rothys.com/LADY to get you new pair today.

Looking for love? Check out Hily, the dating app that focuses on communication. Find out more by visiting Hily.com.

They call him the Bitter Buddha, comedian Eddie Pepitone is a master of the dark art of comedy. Hailed as a modern day cross between Jackie Gleason, Don Rickles and Eckart Tolle.

Eddie is a force of nature on stage, switching between social rage and self-doubt. His shows are an energetic combo of calm and chaos, blue-collar angst and sardonic enlightenment. Few comedians working today channel the power of the rant better than Eddie Pepitone.

In addition to his regular stand-up shows, Eddie is stand-out comic/character actor. Beginning in New York City’s improv/sketch scene (where he quickly became a regular face), and continuing on to recurring roles on Late Night with Conan O’Brien. Eddie has also appeared on numerous comedy TV shows, including The Life and Times of Tim, It’s Always Sunny in Philadelphia, The Sarah Silverman Program, Jimmy Kimmel Live, Last Comic Standing, Chappelle’s Show, appearances on Bob’s Burgers, and he’s a regular on Adult Swim’s Your Pretty Face is Going to Hell. Fans also might recognize Pepitone from his role in the hit comedy Old School or from his multiple award-winning short, Runyon: Just Above Sunset, co-written by his wife Karen Simmons.