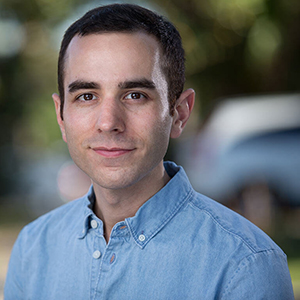 David Janove and the ladies reminisce about the good, the bad, and the best things that brought them together during the five years he produced Lady to Lady. He impresses everyone with his encyclopedic knowledge of Halo-Top ice cream, and the ladies wish him all the best on his new adventures at Deadline Hollywood.

David Janove is a Los Angeles based writer, director and producer. His shorts have been screened at the New York Television Festival, LA Web Series Festival, The El Cid, Holy Fuck, Vidiots, The Clubhouse and the Upright Citizen’s Brigade Theater. He wrote and directed the original musical “Jeb & Jeremiah” that played to rave reviews at the Hollywood Fringe Festival as well as No Refunds, a sketch show co-written and co-performed with Jackie Smith, which had three sold out shows at the same festival. In 2012, David founded The Little Modern Theater which held stand up, improv and sketch shows with regular performers like Bill Burr, Bobcat Goldthwait, Maria Bamford and every UCB House team. David produces the live show and podcast “Lady to Lady” which has been featured as one of the top Comedy Podcasts on iTunes and regularly has shows at the UCB Theater. David was also one of the producers of the extremely popular 1st Annual Los Angeles Indie Improv Festival which had hundreds of performers at three different venues. He has directed several independent comedy pilots and web series which you can see at his YouTube channels: /lovegoodproductions and /davidjanove.