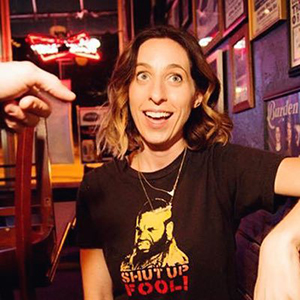 ERIN DEWEY LENNOX is a writer / comedian based in Los Angeles, CA. She is originally from Chapel Hill, NC and has been in exactly 3 bar fights.

Erin studied journalism at the University of North Carolina Chapel Hill and drank a lot at football games.