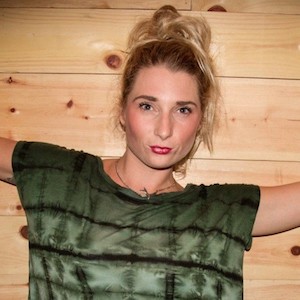 Georgea Brooks is a stand up comic, originally from Toronto, Canada. In 2010 she was nominated for The Second City’s Cream of Comedy, which celebrates breakout out Canadian comedians. Georgea was also the co-host of the TV show Late Night with Matty D. She has been on stand up tours through both American and Canadian colleges, and currently produces her own live comedy show, Strip Comedy.