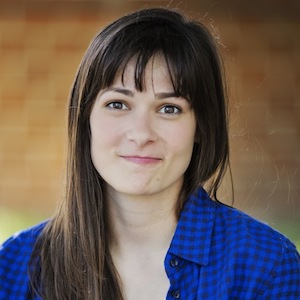 Lisa Best is a comedian who currently resides in Los Angeles. She spends her free time foraging for food, defending her life choices from family members (and herself), and uncomfortably creating first person paragraphs about herself.

The Portland Monthly wrote that Lisa “has a flair for turning embarrassing stories into comedy gold.” She has appeared in sketches for Comedy Central and Funny or Die, and also appeared on a terrible show on SyFy once that she hopes she’ll forget about like she did her SAT score. Lisa has performed in countless festivals and competitions including the Bridgetown Comedy Festival, California’s Funniest Females, Rooftop’s National College Comedy Competition, Meltdown, and some others she told her parents about before they replied, “What’s that?” Lisa performs standup in clubs, colleges and homeless shelters across the country