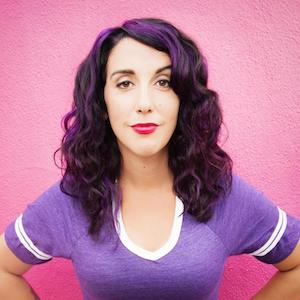 Giulia Rozzi (This Is Not Happening, Hopefully We Don’t Break Up podcast) joins the ladies to discuss Rockapella, exercise class, R Kelly, Cosby, confessions, starting to date and more!

Giulia Rozzi is a writer, comedian, actress and very emotional person that was raised in Boston by two adorable Italian immigrants that let her watch Benny Hill when she was three.  She’s been seen on Chelsea Lately, Comedy Central’s This Is Not Happening, Nighttrain on Starz, TBS, Vh1, TruTv, MTV, CNN, Lifetime and Playboy TV. A relatable storyteller, her very personal and honest humor has earned her the honor of being a TEDx speaker, a Moth GrandSLAM champion and her album True Lovewas named one of SiriusXM Comedy’s top albums of 2016.