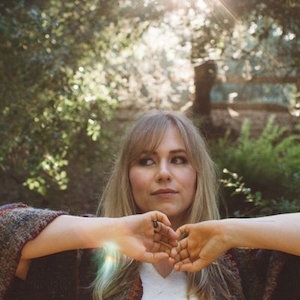 Jessica Rotter is able to transcend creative boundaries and defy what’s expected of a modern female musician. The songstress’ voice has been heard across multiple genres, from movies, TV shows and commercials to backing vocals and collaborations with other artists—all in addition to her original songs. The list of artists she has worked with reads like a who’s who of the music industry today: Daft Punk, Carole King, Alicia Keys, Sam Smith, Sara Bareilles, and others.

Rotter’s family roots are steeped in music, with her grandfather writing songs for Frank Sinatra and Dean Martin. With this background, Rotter describes herself as a “musical storyteller” with classical training from Pepperdine University in opera, musical theatre, and directing for theatre and film. She is just as comfortable using her voice in a major feature film (credits include Pitch Perfect 1 & 2 and Frozen) as she is performing one of her original songs live.

Following the success of charting #1 on HypeMachine with her mashup of Stay/Animal with Emily Colombier, Rotter just released her first full length album, Plains. Produced by Cazz Brindis and mixed by Scott M. Smith (Carole King, John Mayer, Katy Perry), the 11 track record is breathtakingly stunning and cinematic. Most uniquely, Plains is organically raw with the listener being able to hear breath in every track, a rarity in today’s over produced musical landscape.