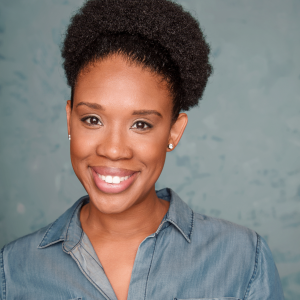 Too Many Totes – with Joyelle Johnson – Episode 413

Joyelle Johnson (@JoyelleNicole) joins the ladies to talk about being petty, rich people shit, and doing comedy at a wedding. The ladies also talk about vaccines, vibrators, hate-watching shows. They answer a lady problem from a listener who feels like they’re missing out on the college experience by living at home.

Rothy’s has cute and stylish bags, shoes, and masks that make for the perfect eco-friendly gift this season. Head over to Rothys.com/LADY to check out the selection!

Get Bacon for Life with Butcher Box! Go to ButcherBox.com/L2L or use code “L2L” at checkout to get a package of free bacon in every box for the length of your subscription of high quality meats from Butcher Box.

Joyelle Nicole Johnson is a Brooklyn based stand up comedian, writer and actress. She can be seen on the final season of HBO’s Crashing and is currently the warm up comic for Hasan Minhaj’s Patriot Act on Netflix. Joyelle made her network TV debut last year on Late Night with Seth Meyers and most recently wrote for the final season of Broad City.

She has performed on Comedy Central’s digital series Comics to Watch, Wyatt Cenac’s Night Train for Seeso, Laff Tracks for TruTV as well as being a panelist for Refinery 29/Facebook Watch’s After After Party and MTV News. Joyelle was selected for the 2018 FOX Comedy Showcase, was a finalist in NBC’s Stand Up for Diversity Showcase and has performed at festivals like Sketchfest, Bonnaroo, The New York Comedy Festival and Bumbershoot. And while transitioning to the headliner that she is today she regularly features for Hannibal Buress and has opened for Dave Chappelle, Maria Bamford & Russell Peters.