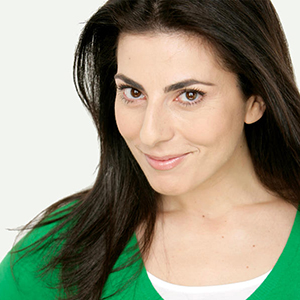 A series Regular for four seasons on the Oxygen and Nationally syndicated show, Girls Behaving Badly, Kira has also appeared on such shows as Jimmy Kimmel Live, 3rd Rock From The Sun, and The Tonight Show with Jay Leno.

She is a recurring stand-up comic on the E! Network, and VH1’s All Access, and Love Lounge. Kira headlines in comedy clubs and colleges throughout the country, and has toured the world entertaining the troops in USO shows.

Based on her writing and acting, she was selected to be a part of the ABC Comedy Development Showcase where she was named “Hottest new writer”. She has shot several pilots this year, including a Pilot Presentation for Comedy Central. You might also hear Kira as the voice of “Carla”, a teenage know-it-all, on the animated series, Iggy Cool.

Kira has been a winner, finalist and semi-finalist in a myriad of comedy competitions and festivals, including Comedy Central’s Laugh Riots, California’s Funniest Female, Seattle International Comedy Festival, and the Boston Comedy Festival. Kira will perform at the prestigious Montreal Just For Laughs Comedy Festival in the summer of 2005.