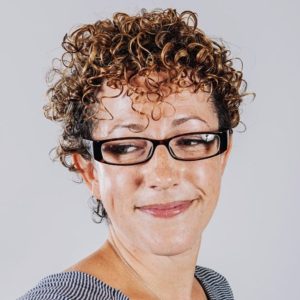 Nicole Perlman is an American screenwriter, best known for co-writing the script for Guardians of the Galaxy with James Gunn. Shereceived her Film and Dramatic Writing degree from NYU’s Tisch School of the Arts in 2003. Since then she has gone on to win the Tribeca Film Festival’s Sloan Grant for Science in Film for her screenplay “Challenger,” which also placed on the 2006 Black List. The same year she was named one of Variety Magazine’s Top Ten Writers to Watch, and was listed in The Playlist’s Ten Screenwriters On the Rise in 2013. Nicole has written for Fox 2000, Universal Studios, National Geographic Films, Disney Studios, Cirque Du Soleil Films, 20th Century Fox, and Marvel Studios.