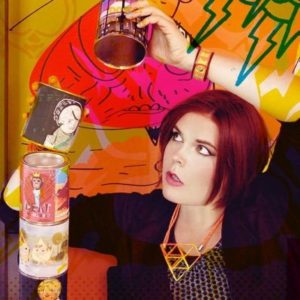 She was a programmer[citation needed] before meeting Zander Cannon and helping Cannon to co-publish The Replacement God. With both Cannon and Kevin Cannon, Petosky formed the comic art studio Big Time Attic in late 2004. They illustrated the graphic novel Bone Sharps, Cowboys, and Thunder Lizards for science writer Jim Ottaviani. They are currently working on a genetics graphic novel with writer Mark Schultz for Farrar, Straus and Giroux, and Top 10.

In January 2007, Petosky and Vincent “King Mini” Stall, along with the employees of Big Time Attic, formed a “convergence media” studio called Puny Entertainment. They have created video games for Cartoon Network and are creating animation for the television show Yo Gabba Gabba!.