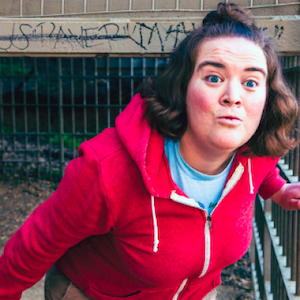 Sodaro has been in films such as Monsters University and The To Do List, and has made guest appearances on television shows such as Raising Hope, Comedy Bang Bang, NTSF:SD:SUV::, Stevie TV, and Kroll Show. In 2010, she was a cast member in UCB co-founder Matt Besser’s Comedy Central sketch pilot This Show Will Get You High, along with Besser, Brett Gelman, John Gemberling, and Paul Rust. In 2012, Sodaro co-starred in the short-lived NBCsitcom Animal Practice. She also plays recurring roles on the Comedy Central‘s Another Period and Big Time in Hollywood, FL and co-starred on the TBS sitcom Clipped.

Sodaro is a frequent guest on Matt Besser’s podcast improv4humans, having appeared on the show over 12 times. She has also guested on many other podcasts on the Earwolf network such as on Comedy Bang! Bang!, Hollywood Handbook, With Special Guest Lauren Lapkus, The Andy Daly Podcast Pilot Project, The Hooray Show with Horatio, and more. Betsy Sodaro also provided the voice of Plant from Warner Bros. Animation’s Right Now Kapow, Xixi The Toucan from All Hail King Julien, and many more. She also played the character “Dabby” on the Netflix sitcom Disjointed starring Kathy Bates, and will take over the role of Bloom Berry in the second season of OK K.O.! Let’s Be Heroes beginning in 2018.