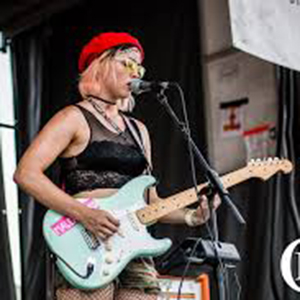 As a teenager in Atlanta, singer/songwriter Tillie played basement shows with her punk band. After a brief stint at NYU’s prestigious Clive Davis Institute, Tillie followed her musical dreams to Los Angeles. One of her key career moments happened in late 2016, when Machine Gun Kelly saw her perform live and asked her to collaborate on a cover of the Foo Fighters’ hit “Everlong.” Another audience member at that serendipitous show was Vans Warped Tour founder Kevin Lyman, who invited her to join the upcoming summer 2017 line-up—no small feat considering it was the 24-year-old’s first-ever tour. Prelude Press named her one of the “Warped Tour Newcomers You Need to Know Before This Summer” and More.com listed her as one of the top 10 “Under-The-Radar Female Bands and Artists You Need To Hear Now.” Tillie, who is known for her catchy lyrics, honey-sweet voice and powerful bass lines, is currently wrapping up her debut album. Substream magazine has predicted a meteoric rise to fame, warning its readers, “Consider this the absolute last chance you have to climb aboard the Tillie hype train before it leaves the station for good and ascends into the pop-rock crossover stratosphere. This isn’t even a matter of ‘if’ in our minds, but when.”