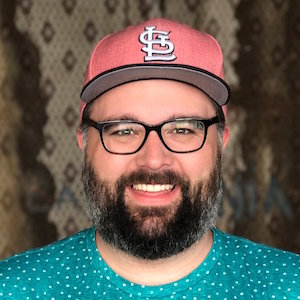 Named one of Culture Stocked’s “Gay Comedians To Watch In 2016,” Todd Masterson is a hilarious comedian, writer, and producer living in West Hollywood, CA. He has written for such timeless icons as Joan Rivers and James Franco. His most recent work includes producing season 7 of the hit reality show RuPaul’s Drag Race on LogoTV. When he’s not onstage being an adorable giant, telling jokes about celebrities and verbally hugging every audience he meets, he can be seen taking too many pictures of his amazing pug for Instagram.