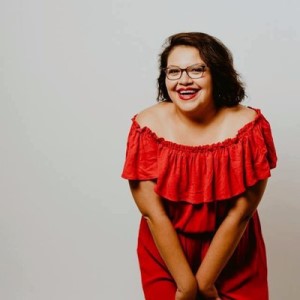 A Place for Aunts – with Vanessa Gonzalez – Episode 343

Vanessa Gonzalez (@Buhnessa) talks with the ladies about pie-eating contest rules, pumpkins, and yelling at her boyfriend to “Notebook” her in the rain. The ladies also discuss their peak aunt week, wikifeet, and the best pizza combinations. They answer two lady problems: one about feeling guilty for relying on her husband for money while getting her degree, and one about accidentally starting a ritual she did with her ex-boyfriend with her current boyfriend.

If you’re in Los Angeles on August 29th, head over to the Lyric Hyperion to see Barbara’s one-woman show at 10PM!

Join us over at Patreon.com/LadytoLady to support the show and get access to ad-free episodes, bonus content, and more!

Get custom furniture with Joybird! Head to Joybird.com/LADY for 25% off of your first order with the code “LADY.”

Get 15% off of your perfect-fitting bra by going to www.Thirdlove.com/LADY.

Vanessa Gonzalez is originally from Texas and was voted “Best Stand-up Comic” in the Austin Chronicle before her recent move to Los Angeles. She was a breakout as one of the New Faces of the 2017 Just For Laughs Festival in Montreal and subsequently created and starred in a webseries called “Ms. Vanessa” for Mas Mejor, a digital platform that is part of Lorne Michael’s company Broadway Video. She was recently featured on TruTV’s “Laff Mobb’s Laff Tracks” and has a half hour stand-up special for Comedy Central and a short special on HBO Latino airing in 2019. Vanessa has also performed at a variety of comedy festivals including SXSW, High Plains, Moontower, and Big Sky Comedy Festival. ​