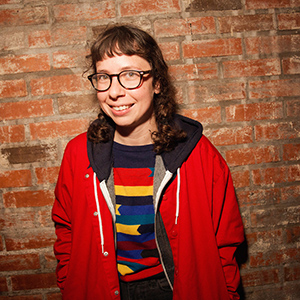 Paige Weldon is a writer, actor and comedian based in LA. You may know her stand-up from appearances on WNYC’s 2 Dope Queens, Hulu’s Coming to the Stage, or Fox’s Laughs. She was also named one of Time Out LA’s top 10 comedians to watch in 2018.

Later this year you can see her recurring on the Paramount Network’s TV reboot of Heathers as well as Comedy Central’s Corporate.

If you’re looking for more, check out her online comedy magazine The Higgs Weldon, listen to her debut stand-up album Girlfriend at the Time from AST/Literally Figurative Records, or just say hi when you see her at a show. She’s pretty nice.